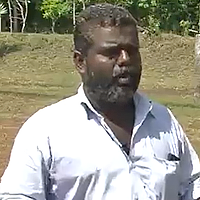 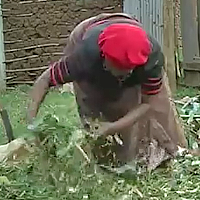 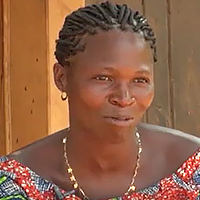 People use gestures intentionally to convey meaning, while many other hand movements are unconscious. Moving our hands helps us to grasp the right words. But human speech is also much more than words and hand gestures.

Tone and volume of voice (screaming, whispering), facial expression, head movements (like nodding) and body language (slouching vs standing ramrod straight) all help to reinforce meaning and to convey emotion. We also make humming and clicking noises, which are sounds, but not speech. This non-verbal communication is convincing because it’s natural. We can spot the difference; a phony smile is made with the lips only, while you use your whole face for a sincere one.

At Agro-Insight, when we make videos with farmers, we never tell them what to say. We ask them questions, and film their answers, which we transcribe and translate into other languages. For example, if the farmer is speaking Arabic, we will use her voice in the Arabic version of the video, but we will dub over her voice for the English, French and other versions.

In these learning videos, the farmers’ non-verbal communication is typical of unscripted, sincere speech. For example, in a video filmed in India, farmer Maran explained that he had a problem with the neighbours’ turtles coming into his fishpond to eat their feed. As he said that, he moved his hands as if to suggest movement from one place to another.

After hiring professional turtle catchers to remove the unwanted guests, everything was fine, an idea he reinforced by patting both hands downwards in a comforting gesture. The film crew didn’t tell him to do that. Unless you watch the Tamil version of the video, you will hear a voice artist dubbing Mr. Maran’s words, but you can still tell that his gestures go with his narrative.

In the final cut of the video, we usually leave in some of farmers’ original voice, before starting the voiceover. This lets the audience hear some of the emotion. For instance, in our video on feeding dairy goats, Teresia Muthumbi explains that when she gives her goats banana stems with sweet potato vines and a little grass, “They give a lot of milk.” She is speaking from experience: you can hear the sound of authority in her voice, even if you don’t understand Swahili.

In one video from Togo, farmer Filo Kodo tells how the maize harvest had increased a lot after rotating the corn with velvet bean (mucuna). One neighbour even asked her what magic she had used. “I told him it was with mucuna magic,” she said, and you can see the smile in her eyes as well as on her lips.

When people speak from the heart, their tone, gestures, expressions and body language convey conviction, even if the words themselves are translated into another language, and spoken by another person. Non-verbal communication adds a richness, a sincerity that is hard to fake. This is one reason why realistic farmer-to-farmer training videos are a far richer experience than fully animated videos.

Stocking fingerlings in a nursery pond