Home › ICTs as the key to farmer empowerment

ICTs as the key to farmer empowerment 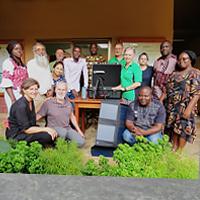 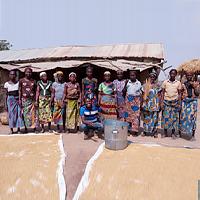 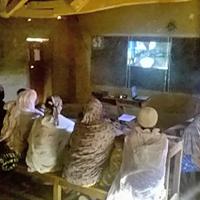 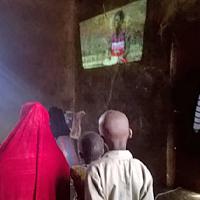 According to the author Napoleon Hill, “all achievements, all earned riches, have their beginning in an idea.” Mori Goroubera, Head of ISADA Consulting in Benin, would certainly agree with this statement. His enterprise model was selected as one of the 25 best ideas in an Africa-wide competition in 2020 for innovation and digitalisation in agriculture, short value chains and agroecological transitions of food systems.

The winners (designated ‘idea-carriers’ by the competition) were selected by a panel formed of the African Union and the European Union as part of the Long-term Europe-Africa Research and Innovation Partnership for Food and Nutrition Security and Sustainable Agriculture project (LEAP4FNSSA).

ISADA Consulting is a social enterprise that empowers farmers using a training approach based on farmer-learning videos. Mori strongly believes that information and communication technologies (ICTs), especially smart tools, should be used to bridge knowledge gaps in farming communities.

“Farmers want to learn about good agricultural practices to produce more food and adapt to climate change,” said Mori. “But as the number of extension agents in most of our countries is very low, farmers often do not have direct contact with an extension agent, particularly in remote areas.”

Giving credit to his partnership with Access Agriculture (www.accessagriculture.org) for his enterprise’s success in the LEAP4FNSSA competition, Mori observed, “Our experience shows that Access Agriculture farmer-learning videos, which are available in local languages, provide farmers with a wealth of practical knowledge on sustainable agriculture, which they can easily adapt and apply on their farms to boost productivity and improve livelihoods.”

ISADA Consulting also distributes the farmer-learning videos to farmers by loading them on micro-SD cards, DVDs, preloaded phones and USB sticks. It uses a ‘satellite approach’ to ensure that each farmer, who receives a video or follows a training session, shares it with at least five of their peers to rapidly spread good agricultural practices and innovations.

Mori reported that more than 1900 farmers saw the videos in 2020. The preferred topics range from postharvest and processing techniques to small livestock and business skills. According to Mori, farmers are not always able to support the training charges, but they are increasingly willing to pay to watch the videos.

“When I hear farmers saying that farming has become really simple thanks to the videos, I feel a great sense of fulfilment and pride,” said Mori. As an experienced ERA, Mori is often invited by Access Agriculture to share his experience and expertise with new ERAs in Benin and other Francophone African countries.

Meanwhile his enterprise idea is gaining increasing attention. After winning the contest from the African Union and the European Union, he got an opportunity to present his model at the virtual 2020 Science Forum South Africa and at the ICT4Agriculture event in 2020, organised by the Benin Chamber of Agriculture, where he participated with the Access Agriculture Benin team.