Home › Marketing as a performance

Marketing as a performance 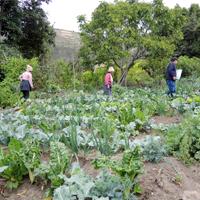 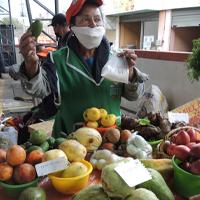 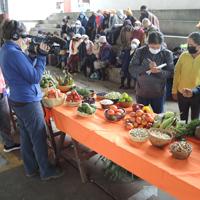 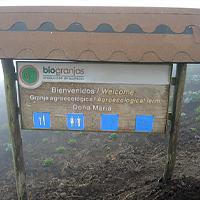 Some 30 years ago, eminent anthropologist Paul Richards described the practices of smallholder farmers as a type of performance, similar to theatre or a musical act. Farmers acquire skills and competence through practice, rehearsal and improvisation. I have recently learned that the same applies to the marketing of farm produce.

In the Ecuadorean Andes, SWISSAID has been supporting women’s associations for 12 years to strengthen their skills on ecological farming. They taught farmers to produce various types of compost, including with manure of guinea pigs, as well as liquid biofertilizers or “bioles” with good microbes that farmers apply to their soil or spray as foliar fertilizer on the trees and vegetables. The highly mixed farms with abundant fruit and vegetables that we visited testify that these farmers master the art of agroecological farming.

But within a year, SWISSAID realised that, despite farmers’ improved knowledge and skills, indigenous and smallholder farmers had no real place to sell their produce in the cities, apart from improvised stalls on the pavement. Also, consumers were not willing to pay a bonus for food that was produced without toxic agrochemicals. Clearly, farmers also required training on marketing and needed to be organised in groups. And they needed help to liaise with other institutions, such as the university and local authorities.

While working with SWISSAID on a video about agroecological markets, I realized how much progress they have made on multiple fronts. By now, the local government of Pelileo in Tungurahua Province has given the farmers’ association a fixed day to sell their organic produce at a covered market, which they call the “Farm to Fork Agroecology Fair”.

They also advocate healthy food through TV, newspapers and social media. On Thursdays, consumers know that on this day, all produce sold at the farmers’ market is produced without chemicals, and they are now willing to pay a little extra.

Attending a training session on the grounds of the market one morning with some 30 women, it strikes me that the various training sessions are all led by highly dynamic trainers who are clearly skilled to capture the attention of the audience. Several farmers have brought fresh produce and on some long tables, they start to work on the display, using local pottery and nicely woven baskets. The various containers serve as a unit of sales, after which they all agree on how much to sell the specific amounts of produce.

When it is the turn of Verónica López, a young theatre coach, the training shifts into another gear. Soon all the women are walking around and act together. They pause whenever Verónica gives new instructions, as they act out emotions like “anger,” “happiness” or “love.”

As in a play, the women learn how their body language matters when attending a client, or what difference it makes when they look each other in the eyes. They learn that they should be friendly, but they should also speak up. Overcoming shyness is something women learn by practicing in a playful, non-confrontational environment, with fellow women farmers whom they know well.

Like in a theatre or music concert, the better the actors engage with their audience the better the play. By practicing and rehearsing new skills such as looking the consumers in the eyes, engaging with them, being friendly and patient, the rural women in Ecuador have come a long way, and their efforts are paying off.

During Covid, the markets closed for three months, yet the women had built such good relations with their clients, that some of the urban consumers found their way directly to the farms around the city. SWISSAID further supported this adaptation, for example putting up signs at the farmhouses, so consumers could find the agroecological producers.

While practicing, rehearsing and improvising proved necessary ingredients for successful adaptation of farming to a changing environment, it surely also determines the success of marketing healthy food.

While Paul Richards was right, agriculture is a type of performance, apparently marketing is as well, and the art of theatre can help farmers to act effectively with customers.

The visit in Ecuador to film various farmer-to-farmer training videos, including the one on “Agroecological Fairs”, was made possible with the kind support of the Collaborative Crop Research Program (CCRP) of the McKnight Foundation. We thank SWISSAID for the tremendous support during our visit.