Home › No word for legume

No word for legume 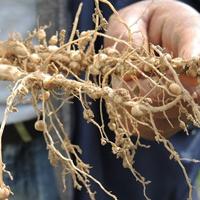 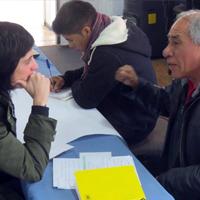 I remember a story from grad school about a people in the Amazon Basin who had no word for “parrot”, because they knew the names of all the individual species of parrots.

I was reminded of that this week in Peru, where I was teaching a course on how to write fact sheets and video scripts for a popular audience.

My students are seasoned professionals, and one group was writing a fact sheet about planting legumes to fix nitrogen from the air, as a non-chemical way to improve the soil, a crucial concept for ecological agriculture. Along with the students, I struggled to say “nitrogen-fixing legumes” in words that everyone knows. “Nitrogen” was the easy part, it’s like urea fertilizer, which most smallholders know about.

But “legume” was trickier. It’s a botanical term. Like the parrot-watchers in the Amazon, smallholders in many parts of the world have a word for each species of legume, but no one word for all legumes.

“We could say plants that produce pods,” I suggested helpfully.

“No,” one of my students said, rejecting my idea out of hand.

That’s one of the advantages of teaching adults, the students know more than the teacher about a lot of topics. In this case, the student is an agronomist who has worked with farmers and legumes in northern Peru for a full career. He explained that some of the best legumes for fixing nitrogen, like alfalfa or the wild garrotilla*, have pods so small that people fail to see them. In the end, we wrote “legume” and then followed it with examples like beans and peas.

Then we drove out to the prosperous village of Piuray, about an hour from Cusco on the road to the Sacred Valley. The smallholders of Piuray value formal education. They are proud of their large, two-story school. Some of the local people work in the city as lawyers and engineers.

But after asking several local people to read our fact sheet, they often looked up and said, “What’s a legume?”

This matters when writing for a global audience, because people all over the world, from Peru to Pakistan grow legumes, but different species.

In the end, the authors of this fact sheet realized that there was no short and simple way to say “nitrogen fixing legumes.” So they said “Legumes are plants like clover, lupin, vetch and alfalfa that capture nitrogen from the air in little nodules, which are pink or white balls in the roots. The nitrogen is then used by the rest of the plant.”

Some terms have no simpler synonym, but they can be defined and explained, in words that everyone knows.

*The scientific name for Garrotilla is Medicago hispida.

Note: This blog post was selected by Access Agriculture (www.accessagriculture.org) for the International Translation Day (30 September) to pay tribute to the work of translators, who break down language barriers.  Access Agriculture has enabled global access to its quality training videos in local languages and has thereby transformed the lives of millions of farmers in Africa, Asia and Latin America.

© Copyright NO WORD FOR LEGUME