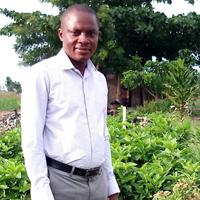 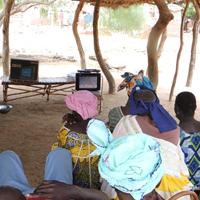 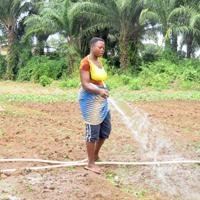 Extensionists often give information away for free, but selling it may get you a more tuned-in audience. This is the conclusion of researcher Gérard Zoundji and colleagues in a recent paper published in Experimental Agriculture.

Zoundji compared three groups of people in West Africa who had received DVDs with farmer learning videos. Several video collections covered topics related to vegetable production or how to manage the parasitic weed striga. The videos could be shown in multiple local languages, or in English or French.

When NGOs in Benin gave the DVDs to organized farmers, they tended to watch the videos, and they experimented with planting styles and other ideas shown in the videos. But some farmers who got DVDs for free did not show the videos to friends and neighbors, complaining that they needed fuel for their generators, or other support.

Audience appreciation improved when DVDs were shared by NGOs that were committed to the topic and the communities. In Mali, organizations that had taught striga management realized the importance of the weed, and arranged screenings of the videos in villages.

Professional staff from the NGOs were on hand to answer people’s questions after the show. The NGOs left copies of the DVD with local people who usually self-organized to watch the videos again later, to study the content. Farmers experimented keenly with the ideas they had learned, such as planting legumes between rows of cereal crops, to control striga naturally.

But the big payoff came when farmers bought the DVDs cold, off-the-shelf in shops. Most only paid a dollar or two for the DVDs on vegetable production, but buying the information gave it value. All of these paying customers watched the videos and most of them showed the videos at home to friends and neighbors.

They found the agricultural ideas useful; some bought drip irrigation equipment they had seen on screen. Others learned to manage nematodes (microscopic worms) without chemical pesticides.

Farmers who bought the DVDs also experimented with the digital technology used to show the videos. Nearly 15% bought DVD players to watch the videos. Some loaned the DVDs to their children at university, who copied the DVDs from the disk, converted them to a phone-friendly format (3gp) and then loaded the videos onto the mobile devices of friends and colleagues.

Selling information draws a self-selected audience: interested people who will take the content seriously. Expert extensionists who appreciate the videos can also demonstrate their value by organizing video shows that respectfully engage with the communities and their leaders.

But when DVDs are simply given away, even though they contain cinematic-quality videos on crucial topics, farmers may watch the videos and value them, or not. People who pay for information see its importance.

Sorghum and millets on the rise

And the 9 vegetable videos: