Home › Planting their way to self-reliance

Planting their way to self-reliance 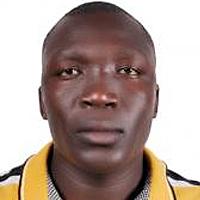 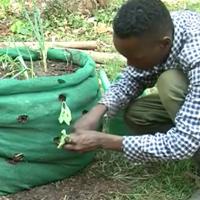 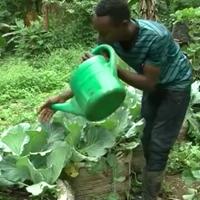 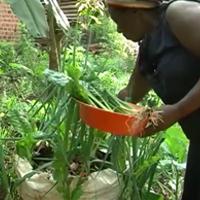 A little idea can go a long way. This is what Simon Adriko learnt when he started showing farmer-training videos to residents of the refugee settlements in the West Nile region of Uganda to increase agricultural productivity, improve their livelihood and make them self-reliant.

With about 1.4 million refugees, Uganda is one of the largest refugee-hosting countries in the world. It has also one of the most progressive refugee policies in the world that enables refugees to become self-reliant and lead a dignified life while in exile. In addition to multiple services, they receive land for settlement and agricultural use.

Simon is a member of the Access Agricultural network of Entrepreneurs for Rural Access (ERA) across the Global South, who screen videos and make them available to rural communities as an integral part of their business. Access Agriculture (www.accessagriculture.org) promotes South-South exchange of quality farmer-training videos in international and local languages.

Describing the reaction from the refugee settlements after watching the training videos, Simon said, “They are happy to learn new techniques from their peers from other countries in the local language. They feel encouraged that if other farmers can produce good crops, they can also do it and at least 20% of the farmers have increased their agricultural production after watching the videos.”

Since space is often limited in the settlements, Simon explained that he showed videos mostly relating to horticulture. Through the video “Using sack mounds to grow vegetables,” Simon introduced the idea that each household in the settlements could grow a wide variety of vegetables with minimal cost in a limited space.

He was pleased that the audience liked the idea. “They have now adopted this practice after seeing the video and they are eating nutritious vegetables and are sharing their produce with their neighbours,” said Simon. “This will also give them the opportunity to generate a steady income from the sale of surplus harvest.”

What has impressed Simon the most is that by adopting a simple idea, households in the vulnerable communities improved their food security and their livelihoods. “Now the host communities and the refugees are fast becoming self-reliant and are spreading the knowledge to others,” he commented.

Backyard farming: a lifeline during COVID-19