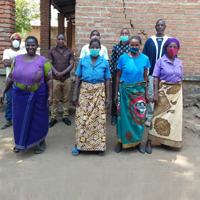 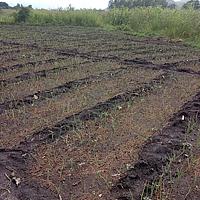 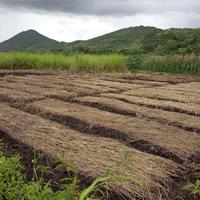 The first cases of COVID-19 were confirmed in Malawi in early April 2020, and the numbers went up subsequently, leading to Government-instituted COVID-19 lockdowns, which disrupted almost all aspects of normal life in the country.

One of the most affected sectors by the lockdowns was agriculture, as contacts between extension workers and farmers were drastically reduced. This aggravated farmers’ problems, as even in pre-COVID times, the ratio of extension workers to farmers was already lower than it should have been.

One of the farmer groups that faced lots of difficulties because of the lockdowns was Midule Farmers Organisation, which is a cooperative of 80 farmers (50 women and 30 men) operating in Kamwendo Village, near Blantyre city in Southern Malawi. The Organisation grows maize, eggplant, onions, tomatoes and other vegetables such as kale and cabbages.

In the 2020/2021 farming season, the group ventured into onion farming to supply the vegetable vendors of Blantyre city and beyond with fresh onions at an affordable price. The group targeted especially the women vendors, who often have to cross the border from Malawi to Mozambique to procure onions. “This is not only expensive but also risky for them,” said George Z. Goliati, who is the group’s Business Development Manager.

Yet it was not all smooth sailing, as the group encountered several challenges. “We lost 90% of the seedlings sown during the peak of the rainy-season,” remarked Agness Mmina, the group’s Assistant Production Manager.

The group began exploring digital extension resources that would help them resolve some of the challenges they were facing during the lockdown and came across a treasure trove of resources on onion production on the Access Agriculture video platform. “The availability of the training videos in our local languages meant that understanding the content was not a problem for the group,” said Goliati.

The group downloaded some of the Access Agriculture videos that were available in the local Chichewa language from the video platform and began sharing these with each other for their learning.

At one point, the group even hired a small old fashioned television screen powered by a motorised generator to watch videos together. “Despite the TV's poor picture quality, we managed to watch a few videos before the generator stopped working,” Goliati recounted.

From the videos, the farmers learnt how best to do onion farming, right from planting in the nursery, all the way to transferring the seedlings to the field and harvesting. Watching the videos gave the farmers confidence that they were better equipped to succeed in onion farming.

“We learnt especially the importance of improved methods for planting to avoid losing our seedlings. We were able to harvest over 1.5 tons of onions, from which we made over MWK900,000 (about US$1,100 dollars),” said Francis Kambuzi, one of the farmers in the group. Kambuzi explained that part of the money earned is being used to construct an office for the Organisation. “This is something we need as a group,” he said.

The videos in the Access Agriculture library, including the ones that the Midule Farmers Organisation used, can be accessed for free from www.accessagriculture.org. Access Agriculture is a global leader in supporting South-South learning for farmers through quality videos in international and local languages.

With the success they have had, the farmers of Midule are looking forward to planting more onions in the next season. Access Agriculture personnel in Malawi plan to link this farmers’ organisation (and many others) with their team of young Entrepreneurs for Rural Access (ERAs), who are equipped with solar-powered smart projectors, to ensure that the farmers can watch the videos without any problem even in the remotest areas.

How to make a fertile soil for onions

Access Agriculture videos in some of the languages of Malawi: