Home › Of fertilizers and immigration

Of fertilizers and immigration 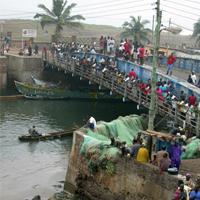 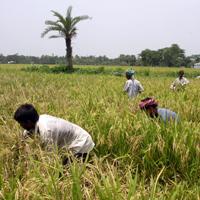 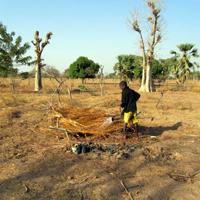 Chemical or mineral fertilizers have long been touted by agro-industry and by governments as a necessity to feed the growing world population. Sixty years after the start of the Green Revolution, the damage caused to farmland, surface water and groundwater, biodiversity and farmers’ livelihoods has forced policy-makers in India and in the European Union to curb the overuse of fertilizers and encourage more environmentally-friendly ways of farming.

But fertilizers have also affected immigration in various ways. Immigration can be triggered by political suppression or economic hardship, often aggravated by climate change. But rural folks across the globe are also under increased pressure due to the rising costs of agricultural inputs, such as chemical fertilizers and animal feed. While recently some European farmers have decided to migrate to other countries, the high rate of suicides among farmers in both Europe and India is shocking.

Despite these alarming events, the promotion of chemical fertilizers in Africa goes on. As with the dumping of obsolete pesticides banned in Europe because of their high toxicity, the agro-industry has also turned to Africa to further increase their profits from selling fertilizers.

One of the problems is that for far too long researchers have been focusing on yields instead of on farmers’ profits and building healthy soils that can sustain farming in the long run. At a recent virtual conference organized by the European Commission, researchers from the Swiss Research Institute on Organic Agriculture (FiBL) presented results from a 12-year study looking at various cropping systems in tropical countries.

Soil organic carbon was on average 20-50% higher in organic farms compared to conventional farms. While the yields of organic systems can match or outperform conventional systems, proper use of N-fixing legumes, organic manure and good agricultural practices is key to improve productivity.

Fertilizer promotion by governments or development projects have mostly benefited local elites and better-off farmers thereby adding to social inequality. Modern cereal varieties have been bred for responsiveness to chemical fertilizer. At the beginning of the Green Revolution in the 1960s, rice, maize and wheat farmers who opted for the full package (modern high-yielding crop varieties, fertilizer and pesticides) initially were able to boost their yield. But while the increased production led to lower market prices, the farmers also became increasingly indebted to moneylenders and banks.

International researchers have now turned their attention to roots and tubers. The poor person’s crop, cassava, could yield up to 50 tons per hectare, about four to five times the current average yield, if chemical fertilizers were used. Again, it will be mainly the larger farmers who stand to benefit as they capture the market. Smallholders stand to lose and, along with their children, turn to seek other livelihood options.

Cities in Africa are bursting and offer few economic opportunities, so it is of little wonder that people seek greener horizons. Regional migration is a common strategy to survive. According to the latest report of the International Organization for Migration (IOM 2020 report, page 318), land degradation, land tenure insecurity and lack of rainfall are major drivers of environment-induced migration for people from West and North Africa. The European narrative framing migration as primarily “economic” often overlooks key factors, such as climate and environmental drivers of migration.

But environmental damage does not only happen where chemical or mineral fertilizers are used. It also happens where fertilizers are produced, but this remains often hidden.

Nauru, a Pacific island, was a good place to live when it gained independence from Australia in 1968. However, in just three decades of surface-mining, the island was stripped of its soil, to get at the rock phosphate (for fertilizer). Now there is no place to grow crops. Ironically, Nauru’s entire population has become dependent on imported fast food from Australia. More than 70 percent of Nauruans are obese, and the country struggles to reinstall backyard gardening and encourage young people to eat plants.

The mining of fertilizer and bad governance turned the smallest and once the richest republic in the world into the most environmentally ravaged nation on earth. Nauru had little choice but to accept Australia’s offer to host ousted asylum seekers, often immigrants from Indonesia, in return for money.

While some people and donors are still convinced that a Green Revolution industrial model of agriculture is the way forward for Africa, one should pause and look at the consequences of mining and using chemical (mineral) fertilizer. If we want to keep people on their land, we have to support healthy food systems that nurture the soil and keep it healthy and productive.

Stuck in the middle

A revolution for our soil

Gardening against all odds

Encouraging microorganisms that improve the soil

© Copyright Of fertilizers and immigration