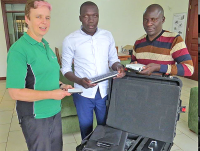 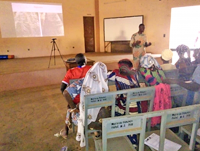 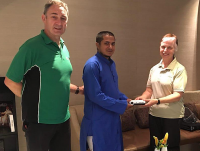 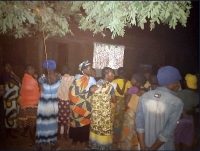 Mori Gouroubera from Benin, Boazi Winston from Tanzania and Neeraj Kumar from India are budding entrepreneurs. Although they come from diverse cultural, social and educational backgrounds, they are closely bound by a common link.

All three of them are part of a network of passionate young entrepreneurs spanning Africa and Asia, who are blazing a trail by trying out innovative and sustainable business models to screen “Access Agriculture” training videos in various languages in their countries.

Their aim is not only to make their business profitable but also to bring about a positive change in the lives of farmers, especially women and youth, with support from these videos. They share their experiences through a network coordinated by Access Agriculture, which help them further strengthen their enterprises.

Access Agriculture is a world-leading service for quality farmer-to-farmer videos in local languages that enables millions of smallholder farmers in the global South to easily and effectively learn about the best sustainable agricultural practices and rural entrepreneurship from their peers.

Mori Gouroubera, and Neeraj Kumar are winners of the Access Agriculture Young Entrepreneur Challenge Fund 2019. As part of their award, these Entrepreneurs for Rural Areas (ERA) received a solar-powered Digisoft smart projector with an in-built computer that contains the entire Access Agriculture library of over 200 farmer-training videos in more than 80 local languages.

The ERA screen the videos in local languages using the smart projector based on the specific needs and priorities of their communities. They also download and share related factsheets, conduct training courses and discussions based on the videos.

“Our training programs have become more relevant, meaningful and interesting through this smart projector and the Hindi versions of Access Agriculture videos that we showed,” reported Neeraj Kumar, one of the ERA, who is the founder of Khetee (“Cultivation”), an NGO based in Durdih Village in Bihar.

“Khetee is working with community farmers to change the entire agricultural value chain, motivating farmers to adopt innovative, sustainable and profitable farming practices based on agroforestry. The smart projector and the videos, brought to us by Access Agriculture are helping us in this endeavour,” Neeraj stated.

According to Boazi Winston, the ERA from Tanzania, showing Access Agriculture videos in Kiswahili followed by practical sessions, was found to be effective in facilitating learning among illiterate youth and women about sustainable agriculture in the villages of Buhingu and Igalula in the Greater Mahale Ecosystem (GME).

In the case of Mori Gouroubera, the ERA from Benin, who represents the organisation ‘ICT for African Agricultural Development Company’ (ICT4AAD), the Benin Government asked him to train two women groups in onion cultivation in Banikoara in the north of Benin.

Mori used Access Agriculture videos in local Bariba language as part of the training course that included theory and practice. “The training courses allowed us not only to earn money for our organisation but also to advertise it,” said Mori.

The experience of all these ERA in screening Access Agriculture videos shows that successful small enterprises can be built around a smart projector and an entrepreneurial spirt, with potential benefit for local communities in Benin, Tanzania and India.

Acknowledgement: The first batch of winning young entrepreneurs were supported with the monetary reward received for the Prize D4D, a biennial initiative of the Belgian Directorate-General for Development Cooperation in collaboration with the Africa Museum.