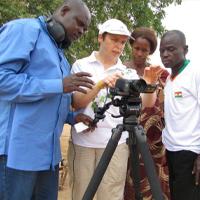 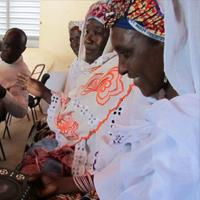 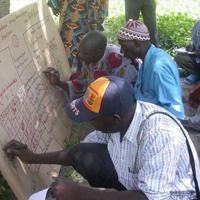 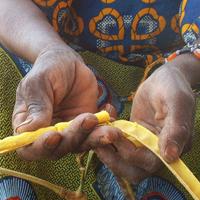 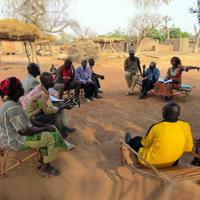 Farmers need new ideas, and researchers need data. When these two professional groups meet in the framework of collaborative or participatory research, it is often not clear who has to evolve in what direction: do farmers need to learn about research protocols, systematically collecting and analysing data, or do researchers need new ideas from farmers to guide their research agenda?

When grantees of the McKnight Foundation from West Africa recently met in Montpellier, France, at a Community of Practice (COP) meeting to share experiences, it was refreshing to see how this network has over time taken ownership of some key values on doing research with farmers on agroecology, as a way to move towards a more just and equitable food system with care for the people and the planet.

Out of the more than 60 people from farmer organisations, NGOs, research institutes and universities from Mali, Burkina Faso and Niger, I was glad to run into some old friends. Ali Maman Aminou is a farmer and director of the federation of farmer unions in Maradi (FUMA Gaskiya), one of the main farmer organisations in Niger.

In 2011, Aminou was one of the twelve people we trained during a 2-week intensive workshop on making quality farmer-to-farmer training videos. Ever since, Aminou has been using video in his interactions with the growing number of members, now some 18,000.

The series of 10 videos on integrated striga and soil fertility management that were developed with ICRISAT and its partners were all translated into Hausa, which made it an ideal tool to trigger lively discussions with farming communities. Striga is a parasitic weed that attaches its roots to the roots of cereal crops, as such depriving the crop from the water and nutrients it needs.

“During one of the evenings that we showed the videos,” Aminou says, “one of the farmers spoke out and told he liked the videos, but that they had another technology to fight striga that was also efficient.”

Aminou listened intently as the man went on to explain that farmers mix their millet seed with the powdery substance found around the seeds of the néré, a common tree across West Africa. When farmers sow millet, the néré powder apparently inhibits the striga seeds in the soil from germinating.

“This is amazing,” I told Aminou. “It would be great if you could turn this into a training video.” At that stage, it became apparent how much farmers and researchers had already begun to interact as equal players. Aminou swiftly turned to Salifou Nouhou Jangorzo, a lecturer from the University of Maradi in Niger, who had joined our discussion and said: “We need to find out more about this practice. We need all the details of how farmers do this.”

Professor Salifou looked surprised at first; he had never heard of this practice before, but after 5 minutes of discussing with Aminou he was convinced. It turns out that he is planning a survey on a labour-saving weeding technology and so he decided on the spot that he would add some questions about managing striga with néré to his survey.

Farmer-to-farmer training videos, like the ones in the striga series, trigger farmers to experiment with new ideas. They also give farmers confidence to openly share their real-life experiences, knowledge and practices.

Through a functional network these ideas can find their way back to researchers. In a progressive and collaborative research network, communication is not an end-product in itself, as Aminou has shown, but it feeds into a life of learning to make agriculture more resilient, profitable and responsive to farmers’ needs.

Finding a common ground between researchers and farmers does not happen overnight, it needs a concerted and long-term effort.

The scientific name of the néré tree is Parkia biglobosa, also known as the African locust bean.

We greatly appreciate the endeavours and commitment of the Collaborative Crop Research Programme (CCRP) supported by the McKnight Foundation.