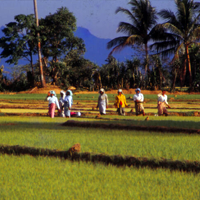 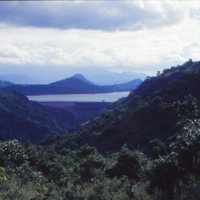 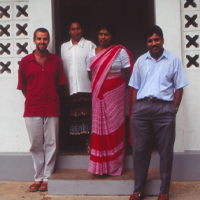 We are all familiar with organic milk, organic fruit and vegetables, or organic chocolate, but when one reads “Organic Sri Lanka”, one may have difficulty grasping what this really is about. For sure, it cannot mean that the entire country is organic. Or does it?

Indeed. As of April 2021, triggered by a wave of kidney diseases among its rice farmers, the Sri Lankan government took a brave decision to ban all imports of chemical fertilisers, pesticides and herbicides, and to transition to organic and ecological farming.

Sri Lanka is an island country in South Asia. Political unrest and ethnic divides between Tamil and Sinhalese ethnicities led to a 30-year civil war, which ended only in 2009. Blessed with gorgeous scenery and plenty of arable and fertile land, Sri Lanka has been able to develop a stable economy, mainly based on tourism, textiles, rice and tea, of which it is the second-largest exporter in the world.

However, for decades, Sri Lankan agricultural policies had supported high-input agriculture, providing free irrigation and subsidised chemical fertilizer, thereby slowly undermining the country’s rich natural resource base: the people, land and water on which farming depends. The damage had been largely unnoticed until more recently.

In 1995, when I was teaching tropical agriculture at the University of Ghent, I was fortunate to have a chance to live and work for a couple of months in this beautiful country, to backstop a project funded by the European Union. The project focused on weed management, and I was asked to use numerical vegetation ecology as a research method to assess weed populations in farmers’ fields in relation to environmental factors and farmers’ practices.

Each week I travelled to a different part of the country and spent days in the rural areas, interviewing farmers and visiting their fields. It was an intense period, often with little sleep as accommodation was basic or even missing, but at the same time it re-enforced my passion to be in the field, working with smallholder farmers.

After returning back home in Belgium and analysing the data, I came to a staggering conclusion, which I wrote down in one of my first papers, presented at an international conference. The grassy weed Echinochloa crus-galli was highly prevalent in the Mahaweli Development Programme, the largest irrigation scheme in the country where rice was grown with a high input of herbicides and fertilizer. As with the other grass E. colonum, it seemed resistant towards the herbicides used.

The many years of spraying propanil had led to resistance for two of the world’s most troublesome weeds. Propanil is a contact herbicide, it kills weeds upon contact with little damage to the crop. It is sold under many different brand names and has been widely used across the globe over the past 60 years.

While in the early days Monsanto tried to file a patent for propanil, the herbicide continues to be widely used across the world, produced and marketed by Bayer (which bought Monsanto in 2016). Propanil is also made by Dow AgroSciences, various Chinese agrochemical companies, as well as the Indian Bharat Group and United Phosphorus. Environmental and human health hazards caused by agrochemicals take time to manifest themselves, and the cocktails of chemicals applied to farmers’ fields further complicate measuring the poison’s effects.

On top of that, once applied, pesticides (including herbicides) are broken down into smaller units, called metabolites, which are often unknown to science and therefore easily escape the tests. Yet, metabolites are often more toxic and more persistent than the parent compound. These complications partly explain why multinational companies can continue their devastating business.

According to a report by the NGO Pesticide Action Network, propanil, along with various other pesticides, can be measured in various amounts in the rain in Asia, North America, Europe, and Latin America. “Pesticides travel thousands of kilometres through the air; they are carried through rivers and seas to distant locations; they are having a devastating effect on biodiversity including beneficial insects; they are undermining the sustainability of food production systems; they kill an unknown number of farmers, workers, children and animals every year; they alter gene pools; and they are costing society billions of dollars in adverse impacts (Pesticide Action Network 2015).”

Chemical fertilizers and pesticides contain heavy metals, such as cadmium, arsenic, chromium, cobalt, lead and nickel, which are known to be toxic and endocrine disruptors. These heavy metals are not listed on the labels as they are considered minor contaminants. Yet, heavy metals accumulate in the soil with repeated applications of agrochemicals.

For years civil society and journalists in Sri Lanka have signalled the devastating effects of agrochemicals; a revealing article in the Colombo Telegraph shows that already in 1998, the Sri Lanka Farmer Forum comprising of over 320 delegates, warned that the current trends in agricultural research were creating a “complete dependence of high-input crops that robbed us of crop independence”.

No one really listened. At least not until the hard evidence of human health hazards and the damage caused to soil and water could no longer be denied.

Organic and ecological farming is knowledge intensive. It is sobering to see how the traditional knowledge farmers in Sri Lanka have developed over thousands of years has been eroded by several decades of chemical agriculture.

Yet the agrochemical industry is not planning to let go of it easily. In less than 6 months after the President declared the country to go 100% organic, lobby groups of the industry have led a media campaign to create the impression that Sri Lanka’s food crisis is the result of the nation’s shift towards organic farming. Fortunately, the President has so far stood firm against the panic being created in the name of growing food insecurity.

To retrain farmers on the management of lands without toxins and heavy energy and to rebuild soil fertility, farmers in Sri Lanka can learn from their fellow farmers in other countries. At the same time, also the agricultural extension and education systems need to drastically change.

That is why our non-profit organisation, Access Agriculture, decided to support the government of Sri Lanka by partnering with the Lankan Organic Agriculture Movement (LOAM) and translating many of its farmer-to-farmer training videos into the local languages. Such learning tools will prove to be a great support to the current and future generations of farmers, extension staff and scientists who will need to do research in a more collaborative way with farmers.

Access Agriculture: hosts over 220 training videos in over 90 languages on a diversity of crops and livestock, sustainable soil and water management, basic food processing, etc. Each video describes underlying principles, as such encouraging people to experiment with new ideas.

EcoAgtube: a social media video platform where anyone from across the globe can upload their own videos related to natural farming and circular economy.