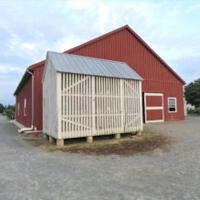 Supermarkets in the USA bulge with everything from strawberries to steak, but this generous supply is threatened by a destructive agro-industry. In the book Perilous Bounty, Tom Philpott outlines looming disasters in California and the Midwest.

The Central Valley of California produces an astounding 80% of the world’s almonds and half of the pistachios, besides a lot of the fresh fruits and vegetables eaten in the USA. This phenomenal production is irrigated with water that is mined, and can never be replaced. The Central Valley used to be a vast wetland. From 1930 to 1970 a network of dams and canals were built to capture snowmelt from the Sierra Madre mountains, for irrigation.

But the rainfall out west is erratic and some years there is not enough snow to irrigate all the nut trees, so well water makes up the difference. So much water has been pumped that the ground level has fallen by 29 feet (8.8 meters). As the subsoil shrinks, it loses capacity; it can now hold less water than before.

The Midwest used to be a home for diversified family farms, rotating crops of corn, wheat, oats and rye, and even growing fruits and vegetables. Cattle ate fodder produced on the farm itself. Since the 1960s, this integrated system has been replaced by a simpler one, of just maize (corn) and soybeans, while the livestock have been sent to factory farms. Crops and animals are now grown on separate farms.

The hog mega-barns are so far from the grain farms that the pig manure cannot be used as fertilizer. Instead, the manure finds its way to the Mississippi River and on to the Gulf of Mexico, where it has created a dead zone the size of New Jersey, destroying a thriving fish and shrimp industry. The soil is now eroding at an estimated rate of 5.4 tons per acre per year (13.5 tons per ha). The rich black soil is vanishing fast.

A handful of corporations buy meat (Tyson Foods, Cargill, JBS, and Smithfield Foods—owned by the Chinese WH Group) and just four companies make most of the chemical fertilizer in the USA, so farmers are forced to take the prices offered by these few buyers and sellers. This price squeeze forces many family farmers out of business. Between 1940 and 2018, the number of farms in Iowa declined from 213,000 to 86,000, a loss of 60%.

Much of this chemical-intensive farming system operates at a loss, but is made profitable by Federal Crop Insurance, operated by private companies, but subsidized by the US government.

Agriculture does make money for big companies. Monsanto, a corporation that made agrochemicals, saw its value rise from $5 billion in 2000 to $66 Billion in 2018, when Bayer bought the company. During these years, Monsanto consolidated its hold on the seed and pesticide industry. Almost all of the maize, soybean and cotton in the USA is now grown from varieties that have been genetically modified to withstand herbicides, especially glyphosate, sold under the brand name Roundup.

At first, farmers loved it. They could plant the genetically modified “Roundup Ready” seed and then spray the emerging plants with herbicides, killing all the weeds and leaving the maize or soybeans fresh and green.

The problem is that weeds invariably evolve resistance to the herbicides. So, seed companies engineer new crop varieties that can withstand more herbicides. Then the weeds become resistant to those herbicides. And farmers have to spend more on seeds and chemicals.

There is a way out. In California, agroecologist Stephen Gliessman grows grapes without irrigation. In the Midwest, farmer-innovators like David Brandt and Tom Frantzen work with researchers to create integrated livestock-cereal farms where cover crops rebuild the soil with organic matter.

I was heartened to read about these inventive farmers. But there are other things we can all do, to live better and eat better. We can:

Philpott, Tom 2020 Perilous Bounty: The Looming Collapse of American Farming and How We Can Prevent It. New York: Bloomsbury Publishing. 246 pp.

Vermiwash: an organic tonic for crops